It took us about 2 hours over narrow dusty bumpy roads following  slow exhaust-spewing mini buses loaded down with tourists to reach Pampa Linda. It was from Pampa Linda that we can start exploring the base of Mount Tronador and Ventisquero Negro (Black Glacier). There are also several great hikes from there but it takes most of the day and you have to get a really early start or stay overnight to take advantage. Luxury of time that we did not have.

The drive to Cerro Tronador (Mount Thunderer) is an all day commitment. The entrance to the park itself is only 45 minutes from Bariloche but once in the park the road to Pampa Linda becomes very narrow and reduces to a single lane. 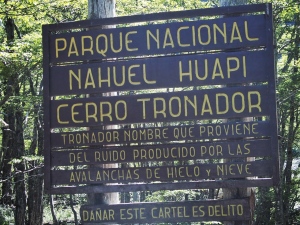 To regulate the traffic to and from Pampa Linda the park only allows cars to go in one direction during certain times. Vehicles going up to Pampa Linda have until 2pm before the road is closed off. The road reopens at 4pm to allow traffic to come down from Pampa Linda. So once you commit to go to Pampa Linda you can’t come down until after 4pm. Not that that is a problem as there were plenty of things to do in that area.

Along the way we got some more great views of lakes. They don’t call it the Lake District for nothing. 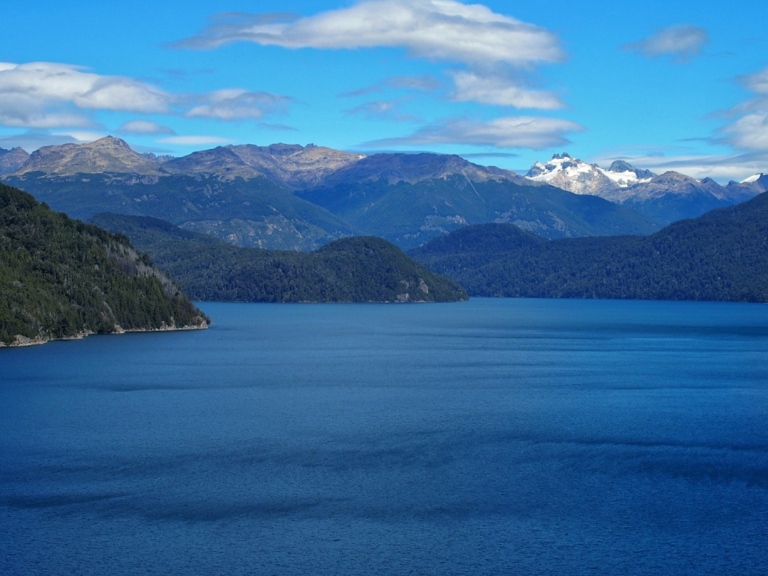 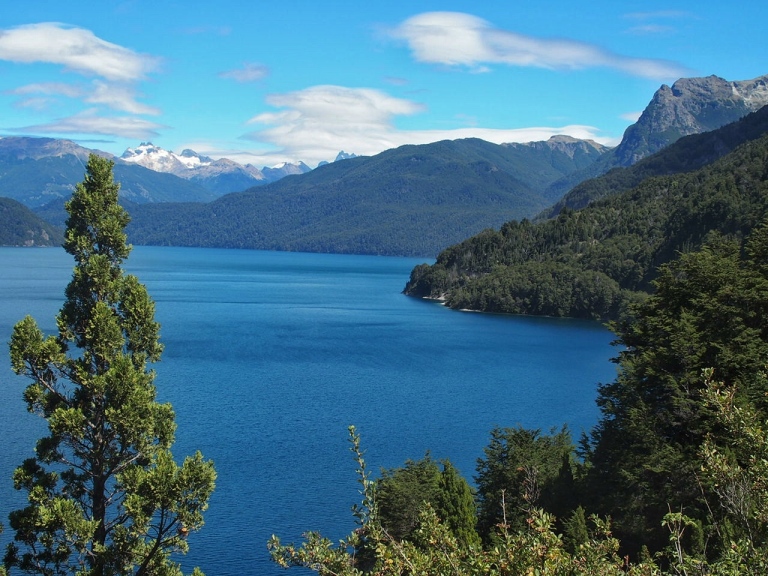 Once at Pampa Linda we finally got great views of Cerro Tronador.

While we continued up to Ventisquero Negro, we passed some backpackers who started flagging us down. We weren’t sure what they wanted: A ride to the trailhead, food, water. It was kinda weird.

As we got closer to the Ventisquero Negro the views of Cerro Tronador were limited.  I made G turn around so we can get these great pics. He wasn’t happy with my request but, come on, wasn’t this totally worth it?

End Of The Road

Ventisquero Negro or Black Glacier is unusual for it’s dark brown color that comes from the sediment and dirt that gets trapped in the glacier’s accumulation zone. 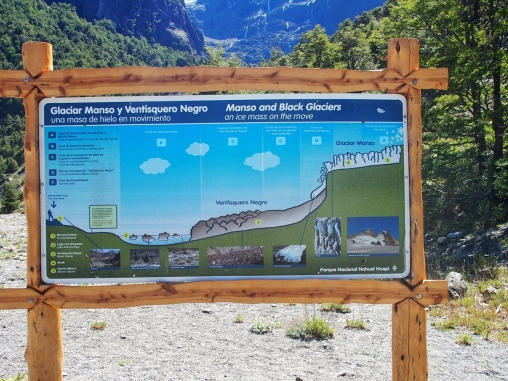 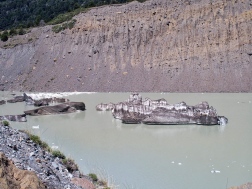 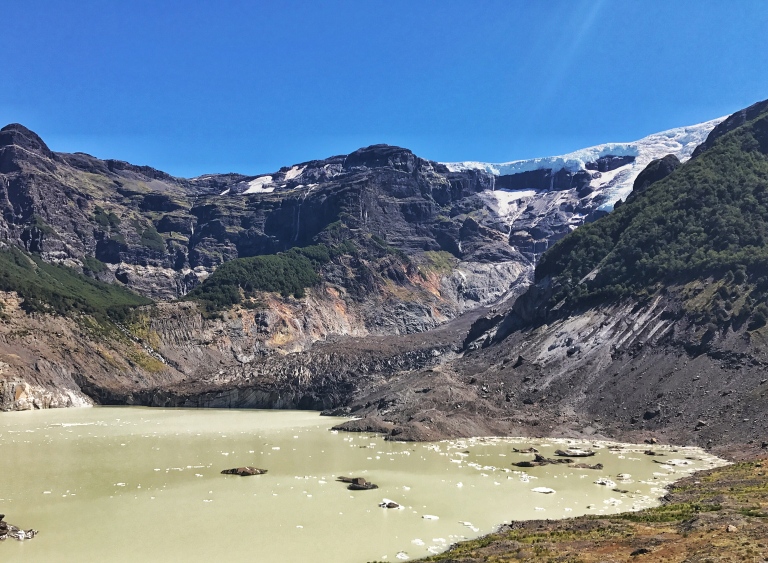 We finally reached the base of Cerro Tronador along with the other hundreds of tourists that were lined up to order lunch from the confiteria. There is a short walk to see a waterfall but the trails that get you closer were blocked.

By the time we were finished with the short hike we headed down to Pampa Linda to wait for the road to reopen at 4pm. There were already several cars waiting in line to be let through. Once the rangers gave the A-OK it was a slow dusty ride down to the park entrance.

Another disappointment. G liked his stuffed shells with shrimp and cheese but  D made the mistake of ordering homemade egg pasta which turned out to be a gummy mess of spaetzle.  The sauce was so tasteless that D used a 1/2 jar of parmesan to add flavor but to no avail.  House wine was mediocre.  At this point it wasn’t worth spending a lot of money on mediocre food and vowed to eat sandwiches while in Bariolche.

Friends
Bariolche, Argentina
We wanted to get some churros and saw a plastic replica in the window of this restaurant. After dinner we went here to order churros. G decided to order 8 thinking that they would be like the light airy churros he gets in Miami.  He was completely delusional as these churros were heavy, dense and doughy.  They were so bad D couldn’t eat a whole one. G made an effort but ultimately we left 4 1/2 churros behind. The plastic ones would have been more edible.

4 thoughts on “One Way To Mount Tronador”