Here are some final thoughts and random pics that just didn’t quite fit into earlier posts. Enjoy! 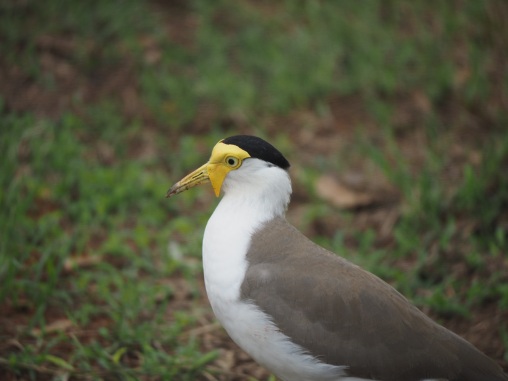 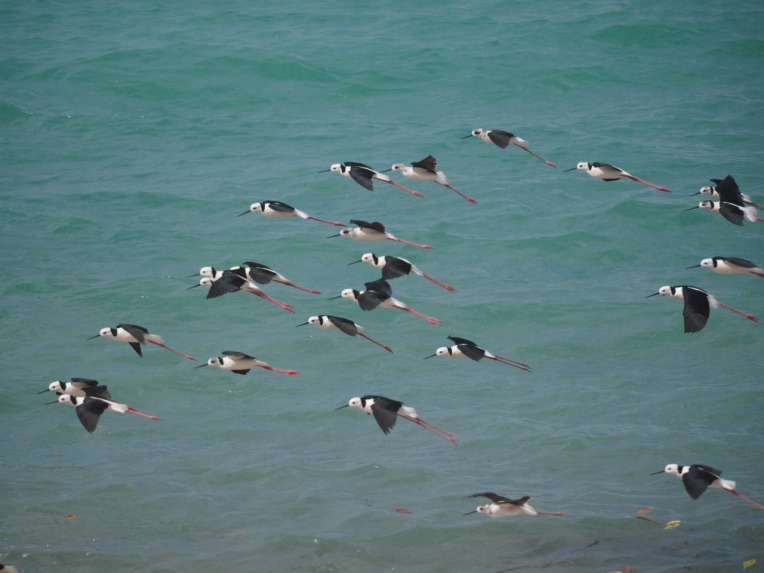 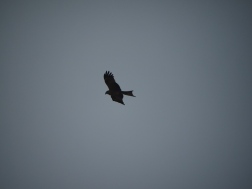 Tawney frogmouths at Broome. Only found them because two local kids were throwing rocks at them in a tree. I thought the kids would stop if I got under the birds to take pictures. I was wrong and dodged rocks until an adult yelled at them.

Australian bustard, partridge pigeon and flowers along the trail at Kakadu

First some stats. The driving distance from Perth to Darwin is 4151 km as a straight shot oncoastal highway 1.  Add to that a 380 km jaunt to Exmouth, a 300 km side trip to Monkey Mia, and a 265 km swing through Kakadu national park and now you have a whopping 5095 km road trip, around the same distance from San Francisco to Portland, Maine.

Western Australia is a huge desert with increasing tropical coastal greenery the further north you go. Still, even a few miles from the west coast it is still mainly desert and prairie. Most of what we covered is considered part of the Outback after all. Our drive overall was not terribly interesting if you take away all the suicidal animals and birds darting into the road as a first impulse. Practically every bird, sheep, and kangaroo decided that our approach was a swell time to get to the other side of the road. I still don’t know how we didn’t make contact with two horses. Our side mirror had to have grazed them. We can’t say the same for two birds and at least three bats, though. RIP brothers.

Still the scenery did change somewhat. Appoaching Exmouth the prairie became filled with termite mounds out to the horizon, which continued throughout the drive only changing in number and density. We’re told the sizes and shapes were determined by the species that produced them, some being more rounded and others being slender with multiple peaks. The latter showed up in the highest density looking like some vast miniature temple complex. My favorite were the ones in Kakadu np, which were at least 15 feet tall.

Termite artistry from Exmouth to Kakadu 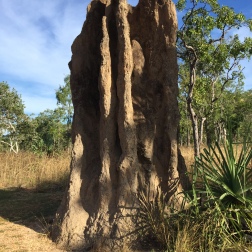 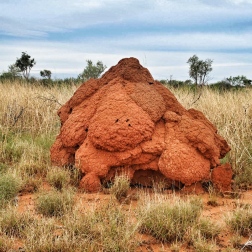 As we went further north the scenery shifted  first to desert with ancient lava flows and cinder cones that could have been in the Mojave, then to a flat, deep red landscape like the surface of Mars with scattered trees, and then to a coastal prairie very much like the southern Everglades. North of there finally we began to see mountains from the Purnulu/Bungle Bungle Range area through to Kakadu, which leveled off to rolling hills in Darwin. Kakadu was interesting in that it was like deserty wetlands if that makes sense. The area is treated to monsoon rains for part of the year and extreme dryness the rest of the time.

In the end it was a fun start to our trip. We spent more time driving than we expected and had almost no access to reliable wifi (hence the lateness of posts), but having the freedom of the van and deciding almost day to day what to do and where to go next was very nice. Next stop Bali.