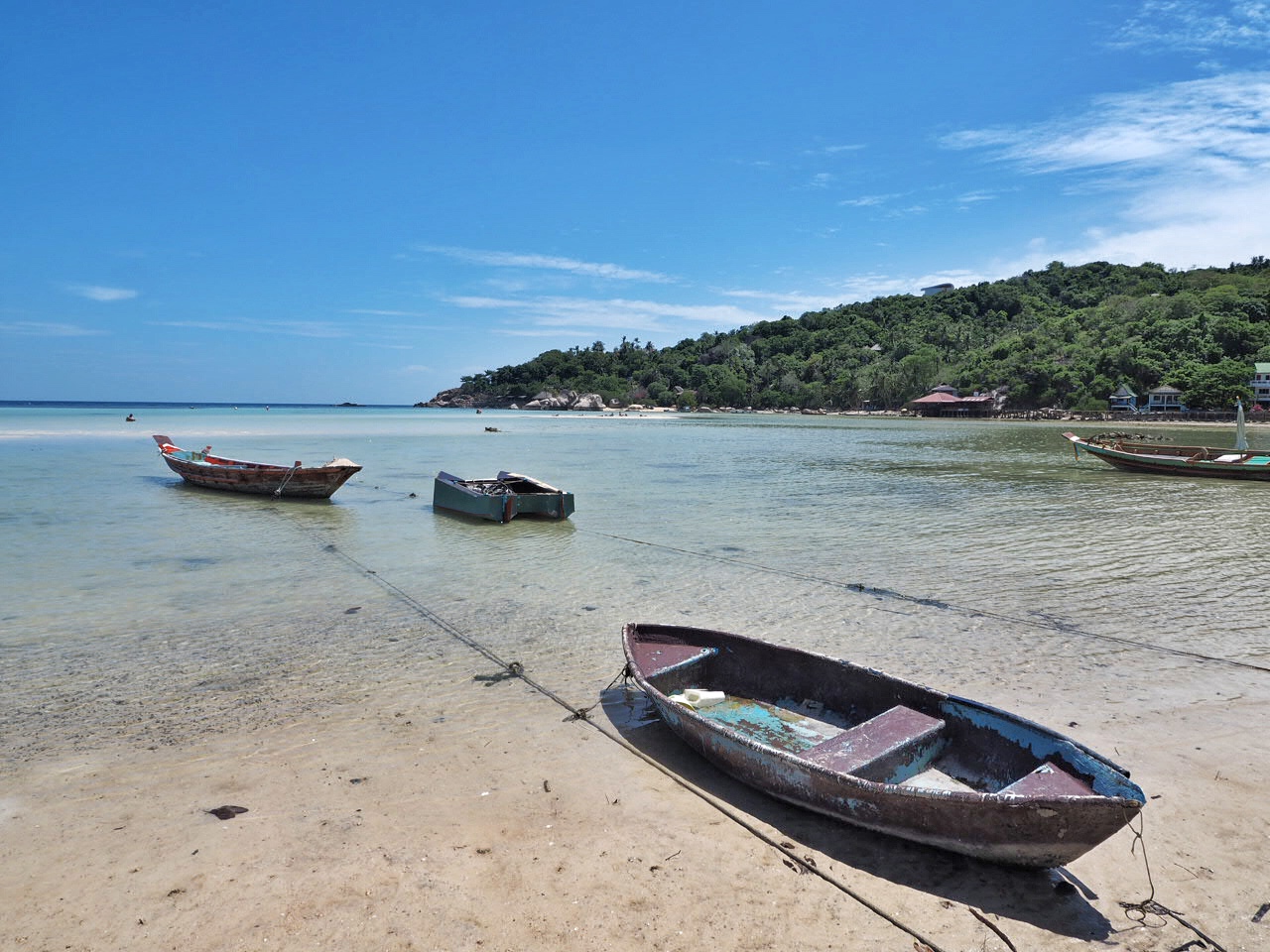 We emerged from the jungles of Borneo and flew to Kuala Lumpur where we pampered ourselves by staying at the luxurious Shangri-La. We were in KL about 2 years ago, coincidently with Sally’s sister and her husband, so sightseeing wasn’t a priority for us.  Instead we did laundry and went to afternoon tea at the hotel’s club lounge where we got disapproving looks for wearing flip flops.  Apparently the lounge has a dress code and flip flops, swimwear, bathrobes, slippers, etc. are not allowed.  Although Bay, Colby and G were also wearing flip flops, D was the only one that got a firm but polite warning.  WTH? 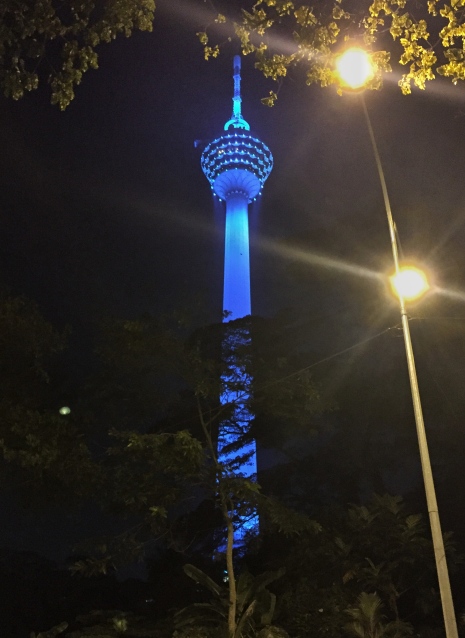 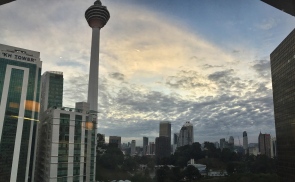 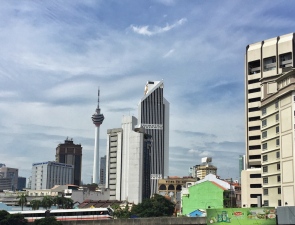 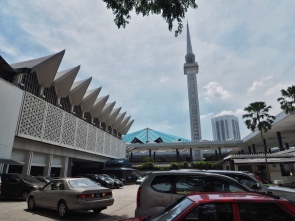 The next morning, we bade farewell to Sally, Bay, & Colby but not before we off-loaded a bunch of our stuff to take back with them. We are going to miss having them around, and not just to transport stuff for us

With lighter luggage we were off to our next adventure, Koh Tao, Thailand.  Thailand was not part of our original itinerary, as it’s rainy season for most of the country, but we found ourselves with an extra week and decided to visit the islands on the Gulf of Thailand before jetting off to Bangkok. The plan was to stay in Koh Tao for a couple days then take a 3D/2N  snorkel/kayak boat tour of the islands around Angthong Marine National Park.

The boat ride over to Koh Tao was stormy and really rough with waves crashing and rocking the boat.  Every so often the boat would  pitch upwards.  Of course it made me think of the boat accident a few weeks before in neighboring Koh Samui that killed 3 tourists.  Not a good way to start our trip.

We recovered by spending two lazy days in our hotel, leaving only to grab something to eat. The weather started out great but eventually clouds and rain moved in. Unfortunately, on the eve of our trip to Angthong the company cancelled our boat tour due to upcoming bad weather.  With the turn in the weather we decided to head to Bangkok two days earlier than expected. That’s the advantage of a flexible schedule. 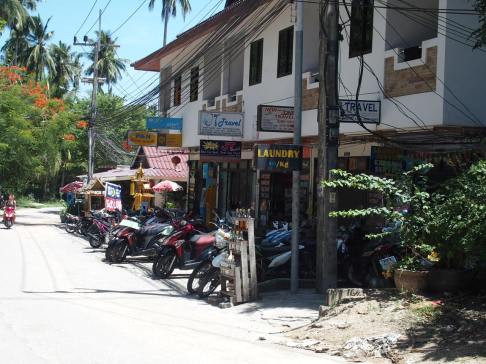 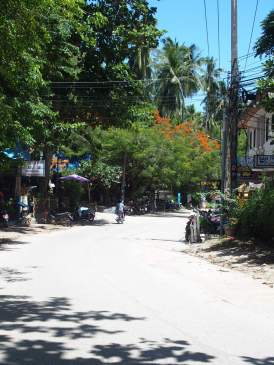 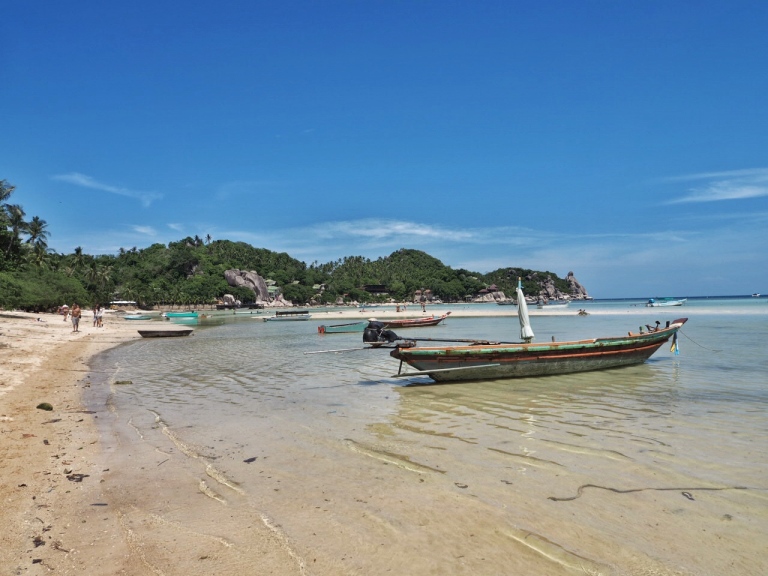 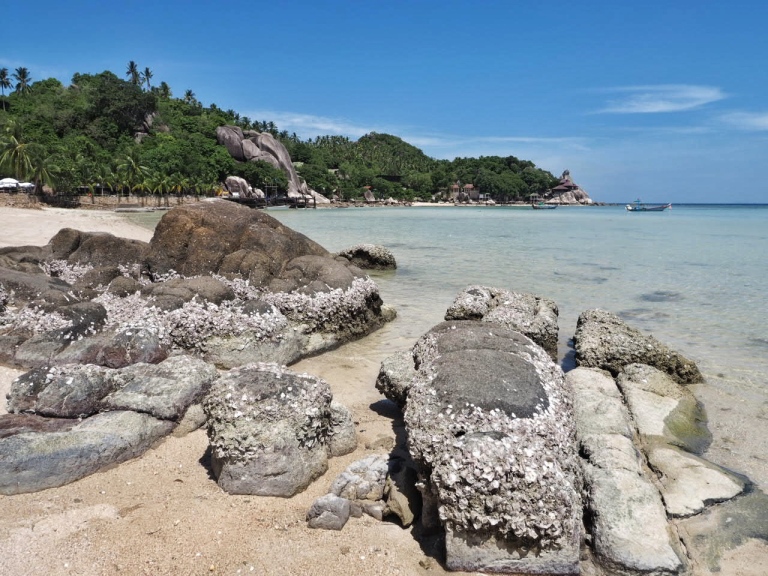 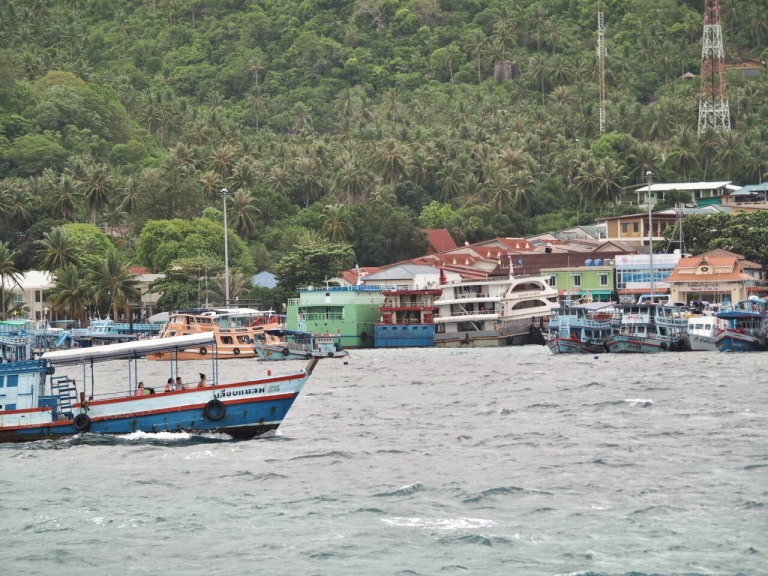 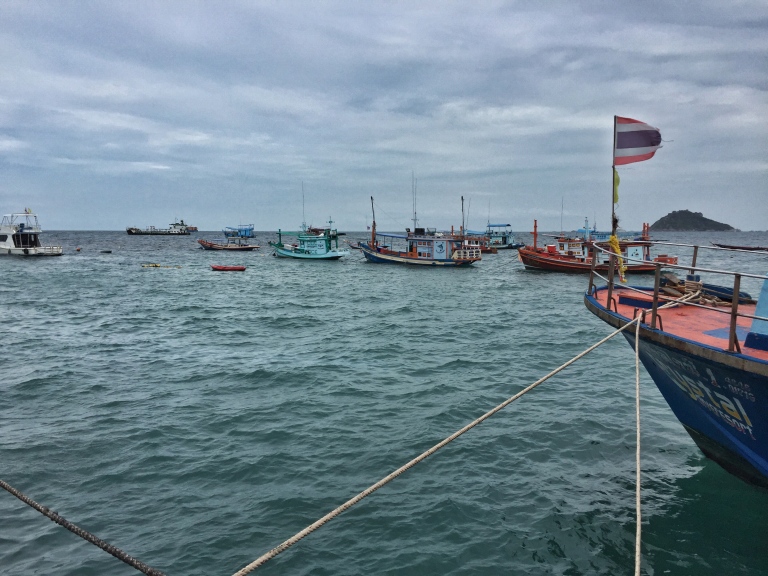