We arrived very late in Yogyakarta after a harrowing 13 hour ride in a roach infested minibus which unceremoniously dropped us off around midnight in the middle of nowhere Yogyakarta with our driver saying “This is my office, you take three wheel to hotel.”  And with that we were introduced to Yogyakarta.

With a huge sigh of relief we made it to our hotel, Dusun Jogja Village Inn, with no further incidents.  While in Yogyakarta or Jogja we decided to go upscale in our accommodations and pamper ourselves a bit, which was much needed after the trip out here.

Since we had six days in this city we slowed our pace down a bit and felt no rush to do anything.  We had breakfast at a highly recommended cafe, Via Via, on Jl Prawirotaman.  This street is lined with restaurants catering to western tourists and Via Via cafe was no exception, serving a variety of Indonesian and Western food.  After many days of mie goreng, nasi goreng, etc. we were actually looking forward to having some good ole Western food.  Even that Mexican restaurant looked enticing.

After we finished eating  a western style breakfast (yogurt with muesli)  and sipping Java coffee, we started walking around the city, slowly making our way towards the Kraton (Palace) where the current Sultan and his family still reside.  It’s somewhat like Buckingham Palace but without the annoying Royal British family.   Of course, no walk around the city is complete until you get constantly hassled by Becek drivers (three wheel) offering to take you to your destination or a Batik factory.  I wonder why? 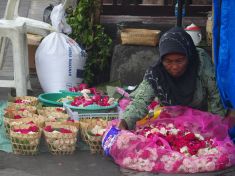 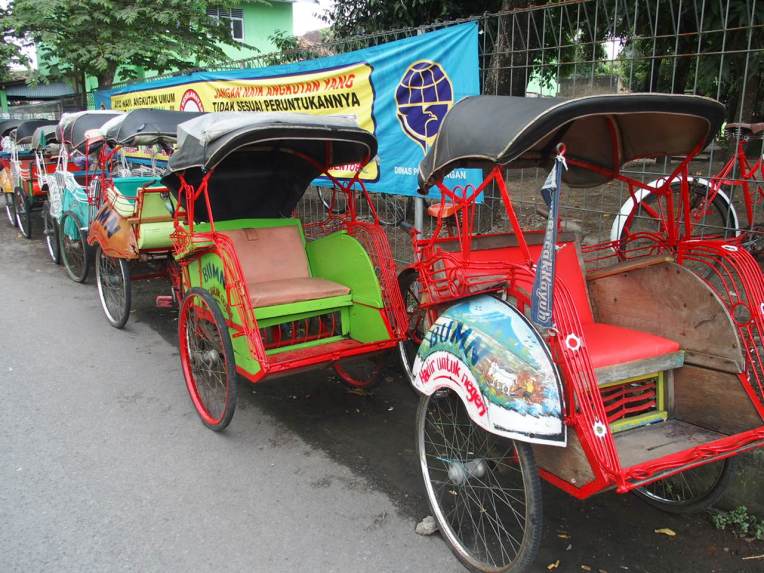 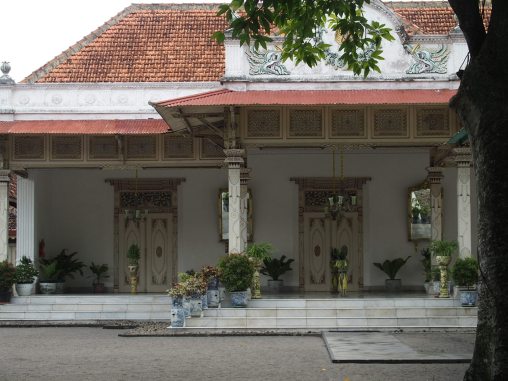 Following the Kraton we headed to Jl. Malioboro where you can shop for cheap souvenirs, batik or grab a quick bite from the many food stands that line this street.

One thought on “Yogya Retreat”