On our last day in Bali, we hired a driver to take us on an excursion to see the more interesting parts of the island, which included Yeh Pulu, Gunung Kawi, Gunung Batar, and the very photogenic terraced rice fields of Tegallalang. With the exception of Yeh Pulu, this is a typical route that most tourists take to see the north part of Bali.

Our first stop was to the temple of Yeh Pulu which is the site of a series of 14th century rock carvings.  We were the only tourists visiting this site and were lucky to arrive as local Indonesians from the surrounding village were preparing the temple for a ceremony for the next day. 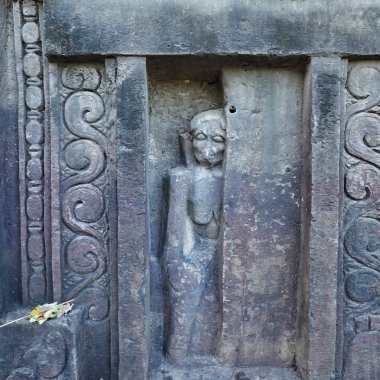 Preparing for the Ceremony

Gunung Kawi was the next stop and is referred to as a spring water temple because it was built around a spring.  To get there you had to climb down a long steep staircase catching views of the lush green valley and rice fields below. 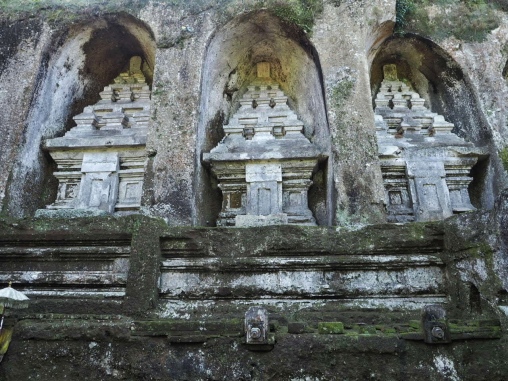 We climbed over 270 stairs to get back up, passing vendors along the way who were strategically located at key resting points.

The next temple was an unexpected stop as our driver wanted to show us a holy spring water temple that was less touristed.   Pura Mengening was only a few km away from the more visited Gunung Kawi but worlds away in charm and atmosphere.  It turned out to be one of our favorites in Bali. 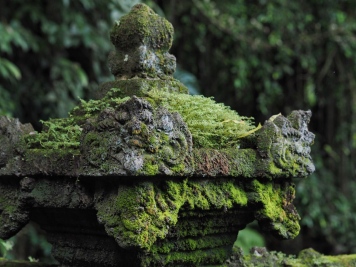 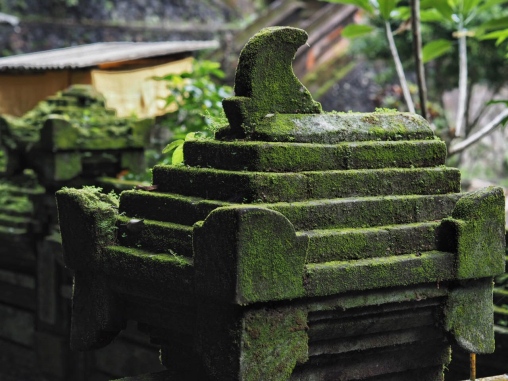 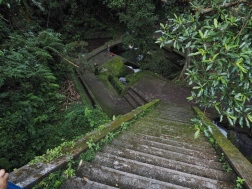 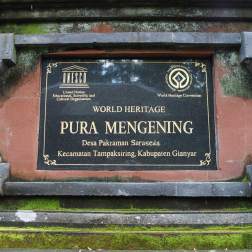 After the temples we were off to see Gunung Batur, one of the many volcanoes that dot this little island.  The darker left side of the mountain is where lava flowed from a 1968 eruption.

On our last stop we visited the fabled rice terrace fields of Tegallalang.  The fields were overrun by tourists, and the town bordering the rice fields was one long strip of vendors stalls. 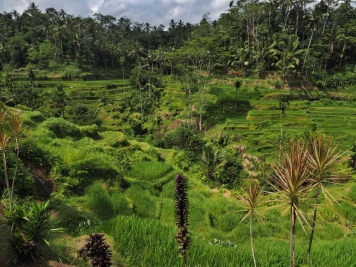 Finally a shout out to Warung D’asti for one of the best meals we had in Bali.  Warung D’asti is known for their delectable bbq pork ribs, Indo style.  In addition to the ribs we also ordered pork fried rice which also was very good.  This was worth the mile walk through the dusty streets of Ubud and made up for that horrible roast pork lunch at Ibu Oka.