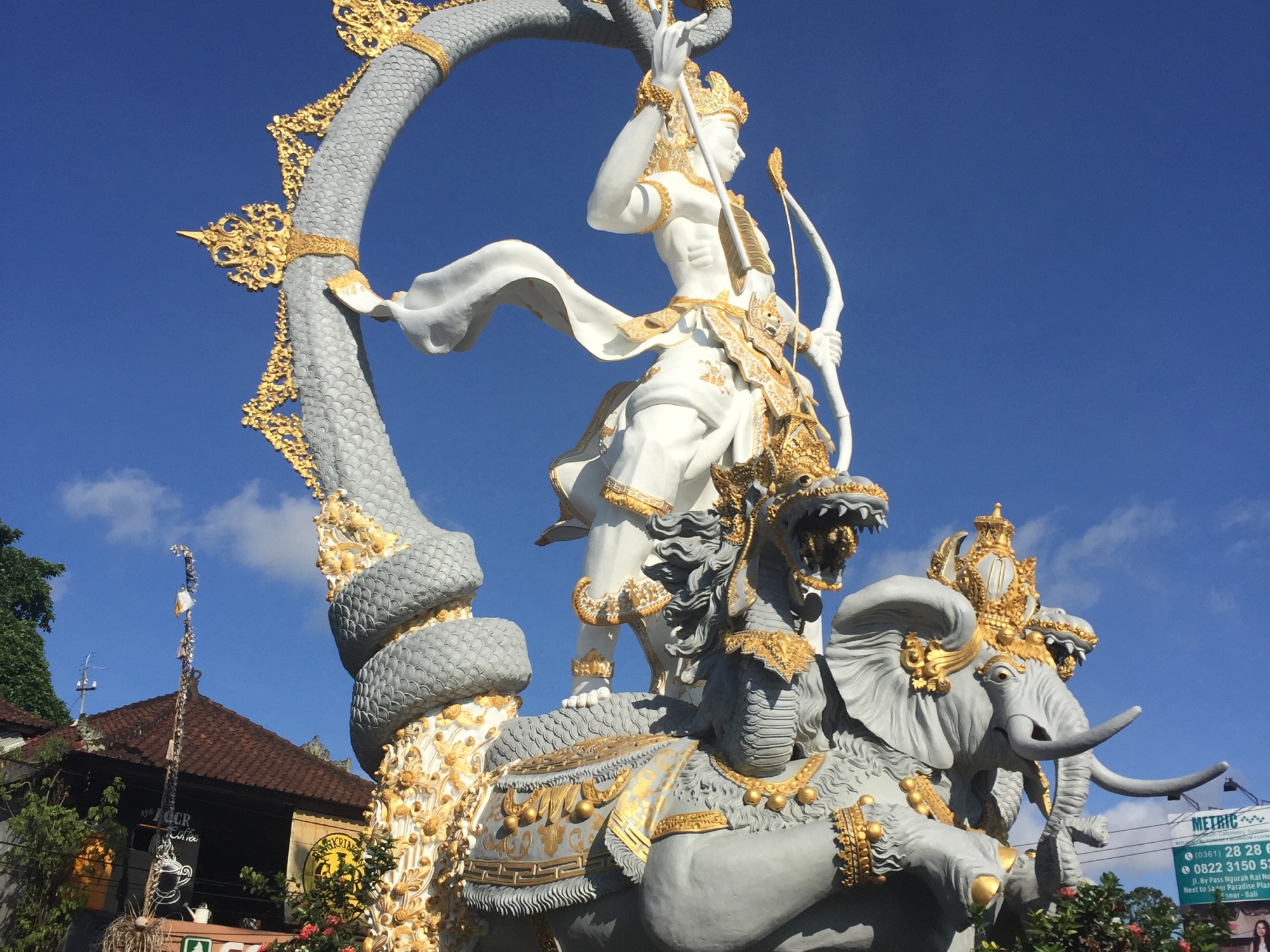 On our first full day in Ubud, we went on the Campuhun ridge walk, a long trek along a ridge line that took us past a few villages, small temples, and terraced rice fields. It was our first real chance to get away from the cruise ship atmosphere of Ubud and exposed us to independent artists and villagers going about their lives. The ritual offerings of food, flowers and incense in little baskets being set by local women dressed in colorful traditional dresses was a real treat. 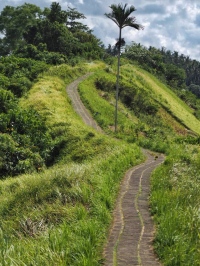 Some colorful elements of the trek 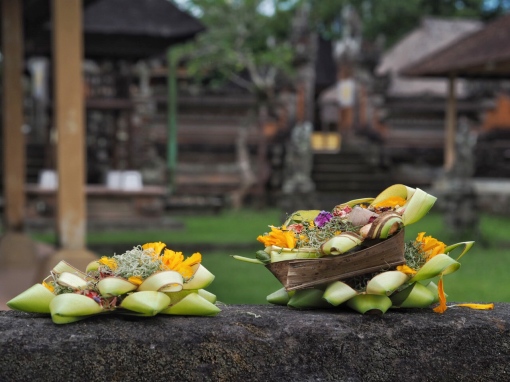 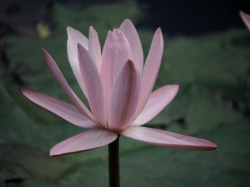 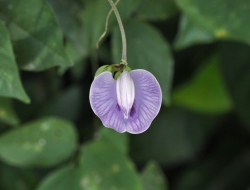 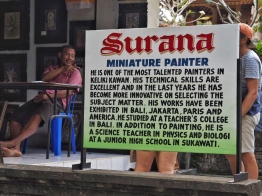 We stopped to have drinks at a cafe that overlooked one of the terraced rice fields, Cafe Karsa, and just soaked up the atmosphere. 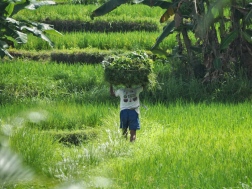 After the walk,  we were starving and decided to try traditional Balinese roast pork at Ibu Oka, a restaurant often highly raved about for its babi guling.  We stopped off at the original Ibu Oka restaurant but were directed to outlet number 3 by the employees greeting us because “it was better”.   Well, outlet number 3 turned out to be all tourists and no-one but us probably noticed the room temperature food and clearly fried skin rather than the advertised roasted skin. We Cubans take that sort of thing seriously.   We ended our day by catching a wonderful Balinese dance performance at Ubud palace.

Ubud is often described as the cultural center of Bali, where one can get away from the chaotic party scene of Kuta and experience the “real” Bali with its classical dance performances, local painters and artists and surrounding terrace rice fields. Instead Ubud has been recreated to conform to western ideals of paradise with its streets filled with hoardes of tourists eating at mediocre international restaurants, visiting fancy spas/salons, shopping at high end brand-name stores and being preyed on by local touts. How many Polo/Ralph Lauren stores does a city need within a square mile? Apparently four based on our last count.

If you want to get a glimpse of Balinese life stay at the nearby village of Campuhun or Penestanan.