It was a fantastic day out on the reef.

Yesterday we joined Ningaloo Whaleshark-N-Dive on their boat, Aliikai, to swim with whale sharks.

They did an early reef snorkel to assess us as swimmers and then headed out past the Ningaloo reef to the open ocean. With planes doing the spotting, we went straight for a 10 meter shark (that’s 30 feet…or 4 inches, I can never get those units straight).

They divided us into two groups, one that was made up of athletes in their primes like us and another made up of  people who can’t imagine getting wet and not drowning.  It quickly became clear why they separate the group by swimming abilities.  When it was our turn, we got to see the shark swim up to us and then had to swim furiously, kicking and panting, to keep up with it.   If you weren’t comfortable in the water or a decent swimmer there was no way to keep up unless you were lucky to get a slow moving whale shark.

We got three swims with a female shark that is supposedly rare.   We were so spent that we both sat out a swim in which two sharks met head on with the snorkelers in between.  This is what happens when you slack off in exercising.  D got in an extra swim, thankfully, with a slow moving shark.

In addition to the sharks, we got to see:

The outfit and crew were top notch. It was AWESOME. 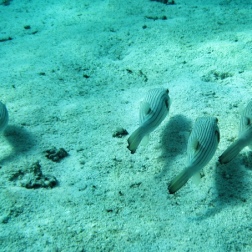 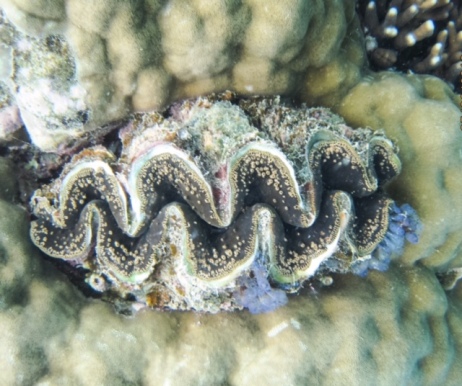 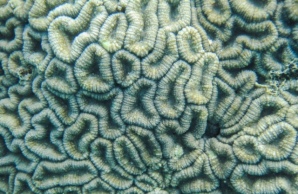