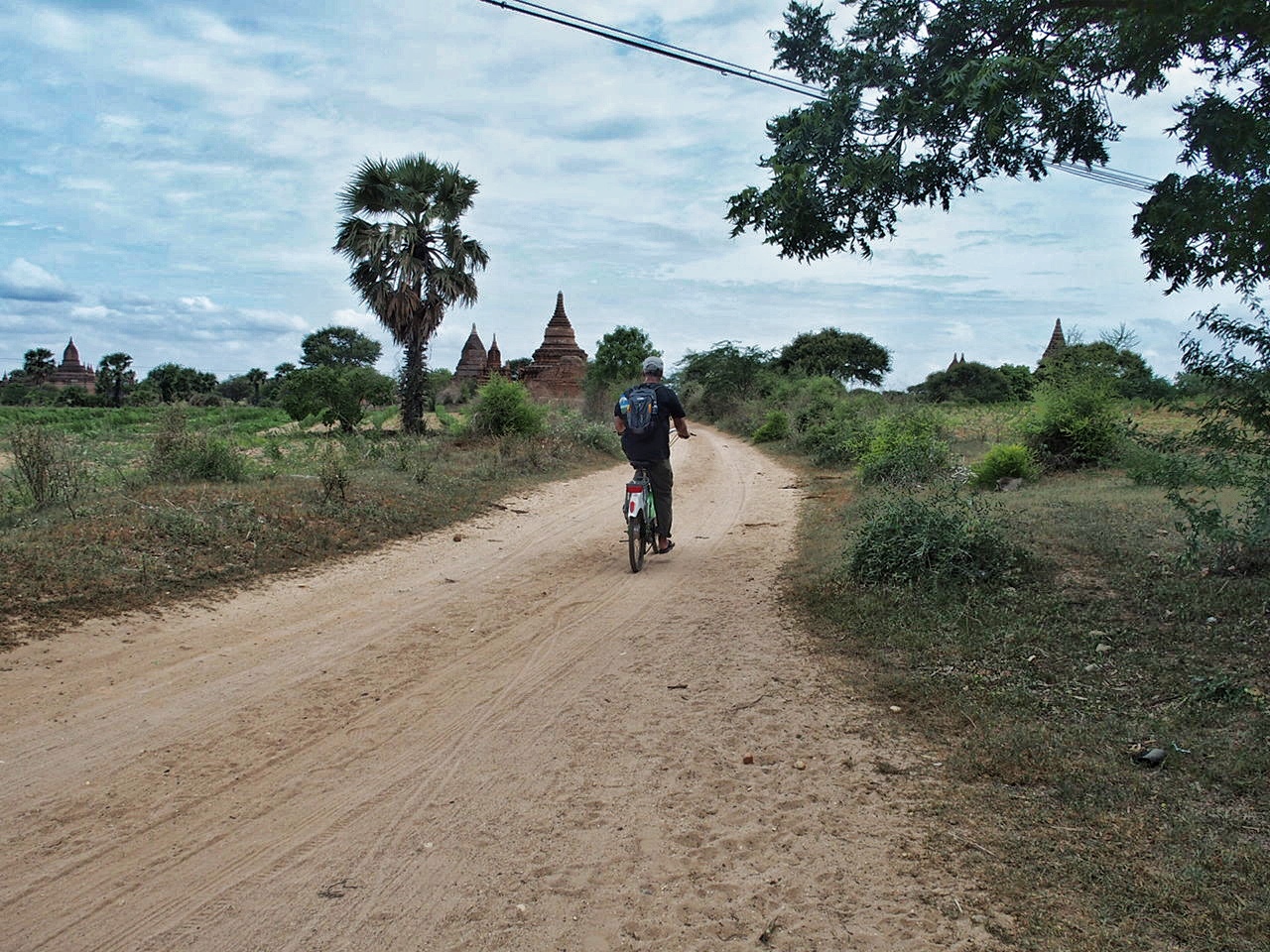 Every guidebook and blog will tell you that the best way to explore Bagan is by bicycle. With a bike you have the freedom to explore the temples at your own leisure and can discover temples not on the tourist route. So taking this advice, we rented bikes. Not just any bike but an electric bike!  Pfft pedaling? Why pedal when your have an electric motor? The pedals will make for a nice foot rest though. After we practiced accelerating and stopping without hurtling over the handlebars we were ready to go.

The area around Bagan is pretty flat so getting around should be pretty easy. No problem, right? With a map in hand, we started cruising towards Old Bagan with our first destination being Gubyauknge Paya temple. We wanted to check out its well preserved murals depicting various scenes from the Jataka tales.

Gubyauknge Paya is set back from the main road hidden among a cluster of other temples. Once off the main road, the roads to the temple became sandy rutted paths and made for some difficult biking. 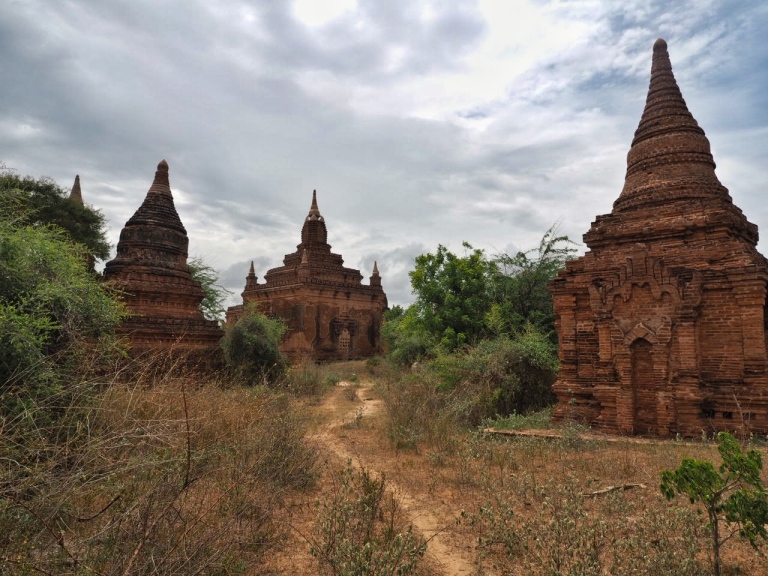 When we arrived at the temple, the front entrance was locked and we circled around hoping to find another way in. Luckily the friendly caretaker appeared and unlocked the temple for us. She then proceeded to walk us around in the dark shining a flashlight on the delicate murals that covered the walls. We were the only ones there until two guys also on bikes showed up disturbing our peace. Afterwards, we thanked her profusely and obliged her by looking at some sand paintings she was selling. 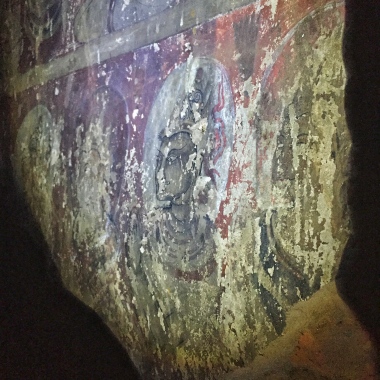 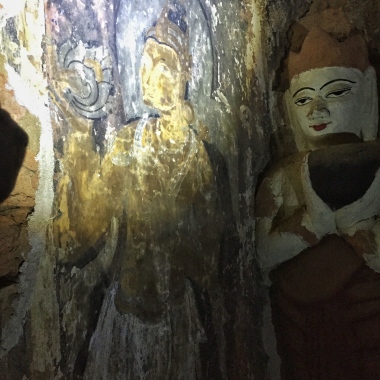 We got back on our bikes exploring the nearby surrounding temples before cruising back on the main road.  We continued on slowing down every time we come across a crop of temples. We consulted the map trying to figure out where we were and became indecisive about what to do next.

You get the picture.

Unable to make a decision, we just rode around aimlessly stopping occasionally to enter a temple that had potential.

There were some areas where the sand was deep enough to cause the bikes to slip and slide.

On several occasion, we had to get off and walk the bikes under the blazing hot sun. Eventually temple fatigue and riding around in 95 degree heat started to zap our energy and enthusiasm. We decided to take refuge from the heat and cruised back to the hotel where we spent the rest of the afternoon at the pool.

Although we enjoyed “biking”around, the heat and riding on the sandy roads made it a little rough. There was no way we would done the same tour we did the day before, with a bike, in a day. So it was good that we hired a driver to give us the lay of the land and to see the temples in relative comfort.

We did miss out on riding the hot air balloons and seeing them rising above the plains as we were here in low season and they were not operating.

Bagan Notes:  When we were deciding when to visit Myanmar we had a choice between the scorching hot months of April/May or the rainy but cooler months of June/July.  We opted for rainy/low season as there will be less crowds and the cost of accommodations would be cheaper.  The only downside is you miss out on the hot air balloons and the ferry trips on the Ayeyarwady river as they stop running in low season.

World Heritage Site designation: Despite it’s designation as a one of the world’s cultural and religious site, Bagan has yet to achieve World Heritage status mainly due to the shoddy restoration and reconstruction of the pagodas.

2 thoughts on “Electric Circuit Around Bagan”